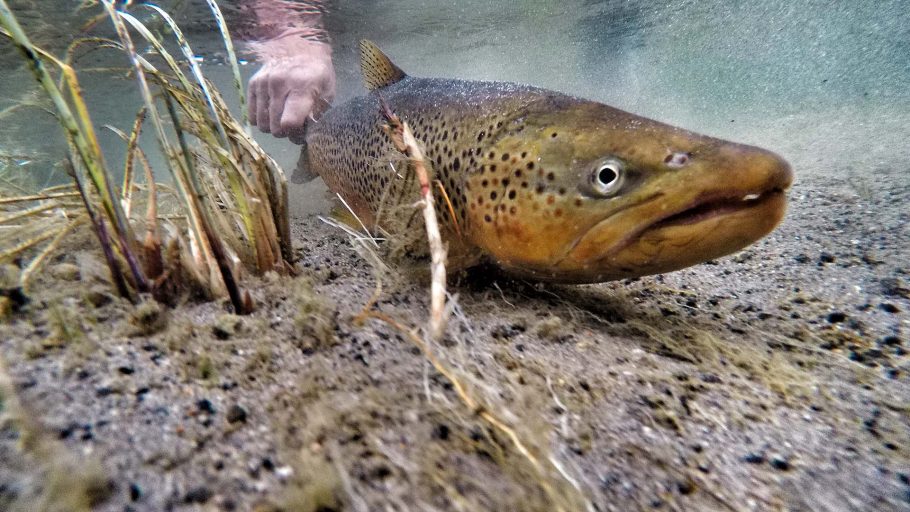 Mention to any fly fishing local that you are headed to the Lewis Channel for the fall spawn and you’ll get a knowing grin, a silent confirmation that you are about to have one of the many adventurous experiences possible in Yellowstone National Park. In late October and early November, the brown and lake trout move out of Lewis & Shoshone Lakes and into the channel to spawn. Exploring the stream and observing mother nature’s spawning spectacle is a draw unto itself, the thought of catching big brown – unmatched.

The trip is no easy feat given the multitude of variables. Between weather conditions, distance to cover, and the presence of large carnivores, the “go-getter” spirit is certainly needed to pull this off in a day. [Map link.] 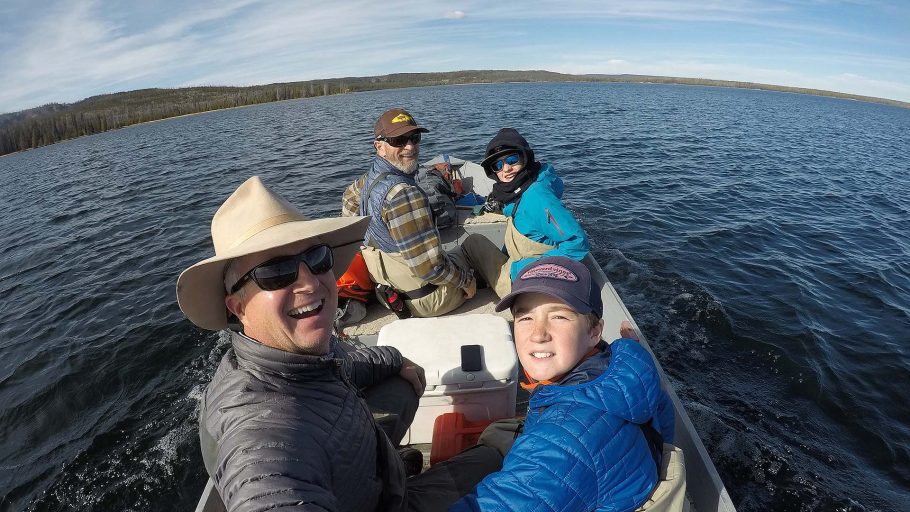 The approach is also not for the faint of heart. We decided to take my runabout the two-plus miles from the boat ramp on Lewis Lake to the inlet of the Lewis Channel flowing in from Shoshone Lake. Having the boat gave us the option to fish the inlet; but we were running late so decided to start hiking up the trail to find the spawning grounds instead.  Alternatively, you can hike the 4.5 miles in from the Shoshone/Dogshead trailhead.  Keep in mind it will fish better early or late in the day so plan accordingly with your start times and avoid the bears who like the spawning fish, too. 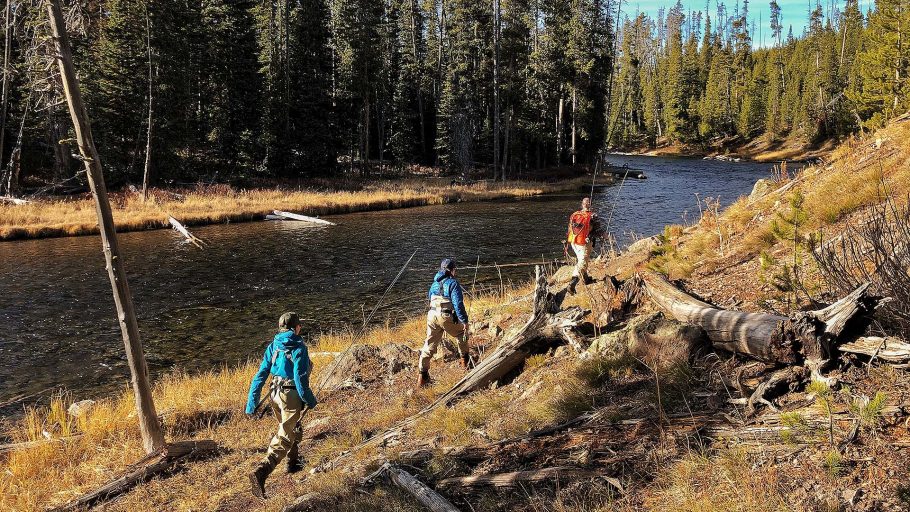 Ditch the boat once you arrive in the channel and start walking up the trail that you’ll find on the north side.  It’s another two miles or so until you find where in the channel they are spawning, a perfect way to get good and soupy in your waders. It’s near impossible not stop and fish the holes you’ll see along the way. We found the spawn at the top of the channel. 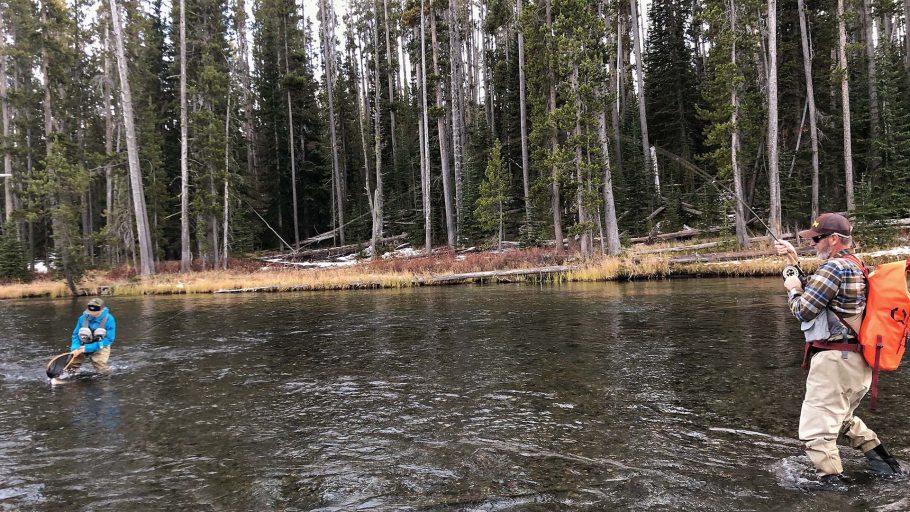 Careful to not step on the redds (spawning bed of eggs). Photo: Latham Jenkins

The afternoon light was dimming and the spawning fish were becoming very active, jumping out of the water and our excitement started to build.  After starting with streamers, we switched to egg patterns – this was the ticket.

We were running out of afternoon light and the fishing was on.  Trying to swing the egg just right to tease the fish was getting difficult in the fading light, but the magic happened. Several large brown trout were landed to great cheers.  Those large hooked jaws and the warm fall coloring on the browns bring the happy out. 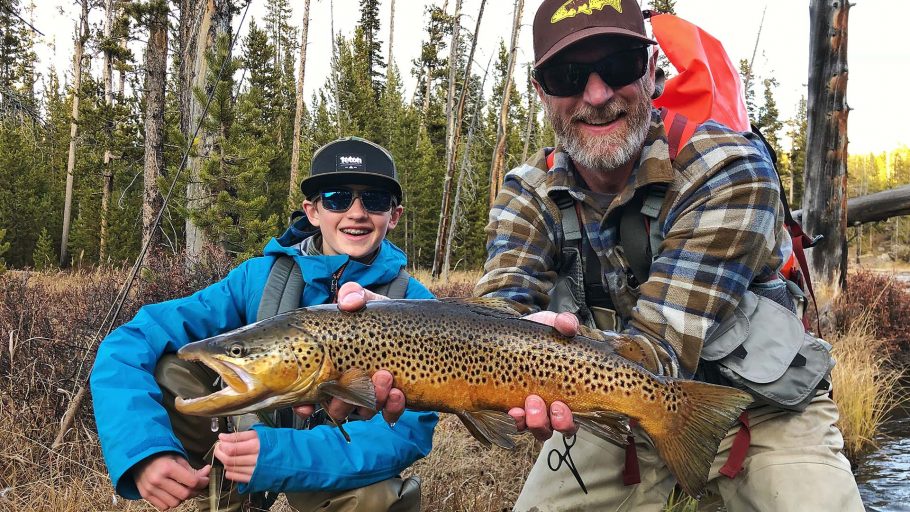 It was hard to peel off the river as dusk set in.  Knowing we had two miles to get back to the boat and a moonlight crossing of Lewis Lake, we skedaddled with one hand on our bear mace and eyes darting left and right for critters. Next time we hear someone mentioning they are headed for the fall spawning run in the Lewis Channel, they will see that familiar knowing grin spread across our faces. 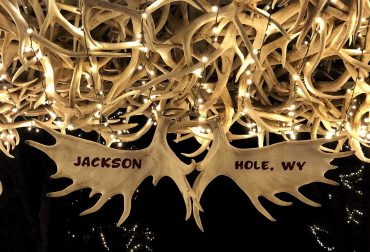 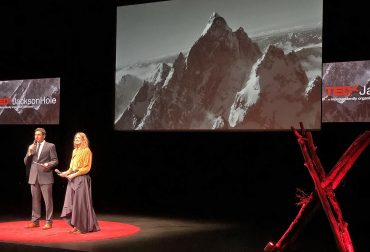 Next ArticleTEDxJacksonHole Elevates the Conversation in the Wild