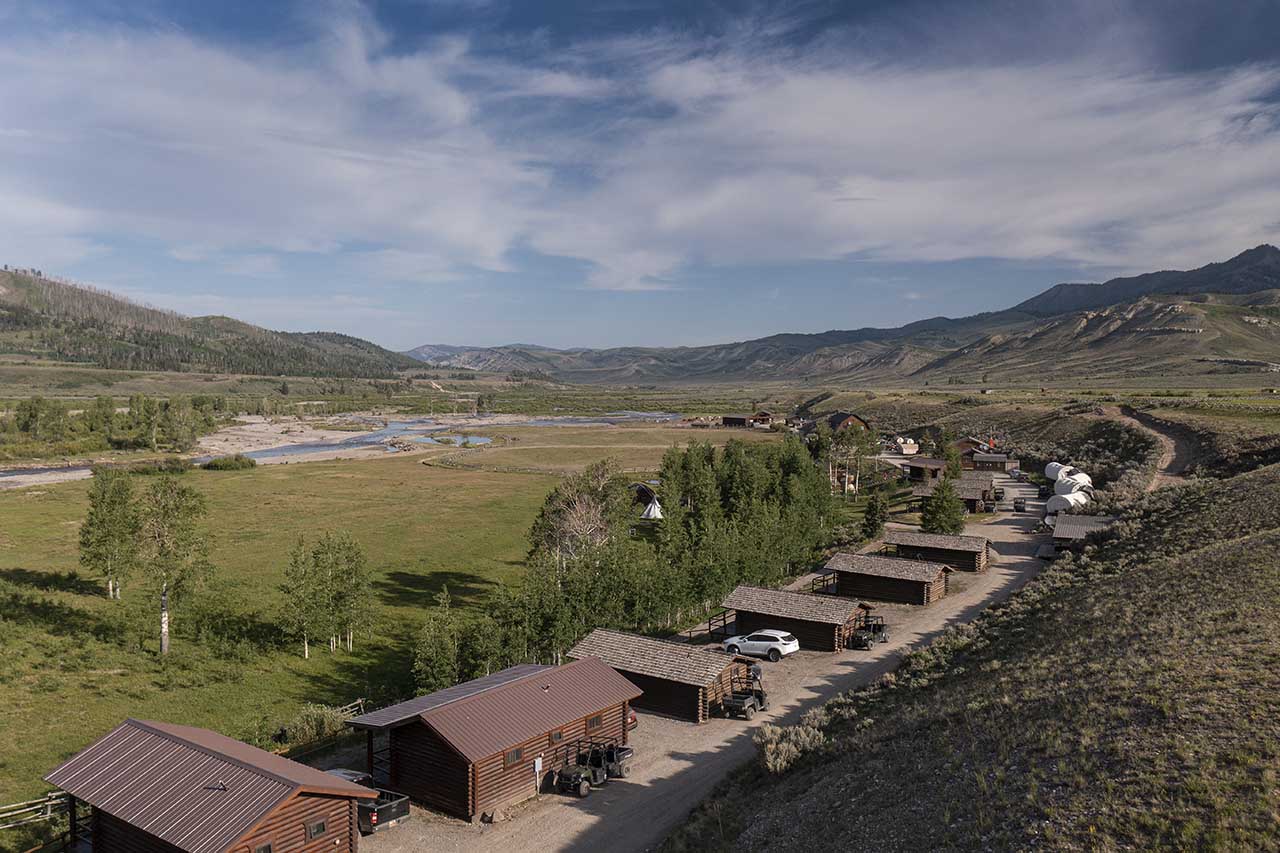 The Goosewing Ranch, reunited with the Gunsight Ranch, the neighboring parcel split from it in 1980, has a new owner. LATHAM JENKINS / COURTESY PHOTO

Property is reunited with the Gunsight Ranch; buyer likes the dude ranch business.

A new owner has rejoined two parts of the Goosewing Ranch that were sundered more than 40 years ago.

It’s expected that the 44-acre Goosewing, operated as a dude ranch since the 1970s, will stay in the same business, reunited with the Gunsight Ranch, the neighboring parcel split from it in 1980.

Real estate agent Latham Jenkins brokered the deal that rejoined the two parcels, inholdings surrounded by U.S. Forest Service land far up the Gros Ventre valley close to the Continental Divide. He had been looking for new owners since June.

Jenkins said the buyer intends, at least for now, to remain a mysterious stranger, and county records haven’t caught up with the sale, which is set to close Thursday.

Jenkins said the new owner is a local with a liking for the dude ranch business who has plans to improve his new property.

“He has aspired to have a guest ranch from his past experience of being a guest at one, and he saw this as an opportunity to put back together the original Goosewing tract,” Jenkins said Friday.

What’s been the Goosewing in recent decades, though the smaller of the two spreads, is extensively improved for vacationing dudes and was advertised for $9.5 million. The Gunsight’s 110 acres hold a large house that’s been home to the previous owner and a caretaker’s house, though much of the acreage is irrigated hayfield, and was on the market during the summer for $16.5 million.

Rejoining the two parcels was always seen as a noble goal, but they were offered and could have been sold on their own.

“Everyone feels fortunate this opportunity with the buyer came about, to put the two parcels back the way they were.” – Latham Jenkins, Jackson Hole Real Estate Agent said.

The newly reconstituted ranch lies along the Gros Ventre River about 20 miles east of Kelly, bisected by Breakneck Creek, just off a road that runs out of pavement a few miles up. The ranch is 38 miles from Town Square in Jackson, a tourism town that’s grown hectic while the Goosewing remains much as it was a century ago. It is still beyond cellphone reach and generates its own electricity.

“You’re off the grid up there,” Jenkins said. “It’s a step back in history.”

It’s also likely that the Goosewing will grow a bit. In recent years it has had 11 guest cabins, some as old as the 1930s, and several Conestogastyle wagons made up for glamping. It’s taken about 35 guests to fill the available beds and all the dude ranch buildings total about 13,000 square feet. The staff amounts to about 30 people when the ranch is booked full.

Staying on are Amy Worster, Corrand’s general manager, and her husband, Randy, who maintains the place.

“The fact that Amy Worster is part of the deal and was asked to stay as general manager guarantees the ranch a bright future,” Corrand wrote. “You all know how Amy considers Goosewing as her own, and how she has evolved through the years to become a well-known figure in the dude ranch industry.”

The original 160-acre homestead was filed in 1911 by Milton Robinson. Robinson brothers Ed and Butch also ranched in the area, and all three worked around the county as masons and making bricks in Jackson.

The brothers were known for their hospitality, and Butch’s 1946 obituary said “the latchstring was always on the outside and every traveler was welcome.

“The warm hospitality of Butch and Eddie was an open byword in all Jackson Hole. If on occasion they were both away from the ranch, a note sometimes invited their unknown but nevertheless welcome guests to make themselves at home, but to please wash their dishes.”

Milt Robinson sold his land in 1955 to Harold and Claudette Shervin, both lifelong locals. They ran a hunting camp starting in 1972, began a snowmobiling business and raised hay and oats to sell to the Wyoming Department of Game and Fish, which still runs a winter elk feedground nearby. They sold out in 1983.

Corrand made a career in pharmaceuticals but had spent time on an uncle’s farm in France as a boy. He also had an interest in the American West, especially the early fur-trapping days, when many Frenchmen pioneered the area in search of beaver and other pelts.

The Gunsight acreage was owned previously by Ecta White, and besides its foreman’s house has a 5,680-squarefoot stone and timber home and two barns, one of 1,170 square feet built in 1968 and a 2008 building of 2,400 square feet. The house was designed by architect Vince Lee, also known as a South American archaeologist and adventure guide.

Realtor Jenkins, working for Live-Water Properties, said the new owner was early on the scene among a number of people who expressed some serious interest in buying the property.

“There was so much demand with other buyers, the ranch hardly had any days on the market,” he said. Contact Mark Huffman at 732-5907 or mark@jhnewsandguide.com. 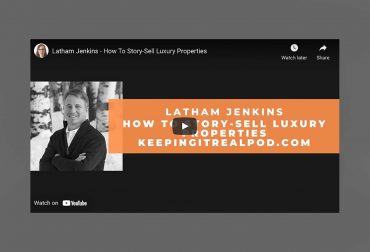 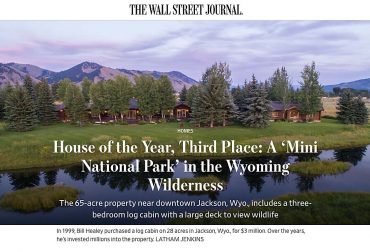 Next PostCase Study on the Cody Creek Ranch