In Jackson Hole, people are notorious for making last minute plans and buying tickets the day of an event. The exceptions are those can’t-be-missed, sure-to-sell-out performances and talks. Within just a few years TEDxJacksonHole quickly became one of those events.

The event is a localized and live version of TED talks, meant to spark conversations and connections, said Lisa Samford, executive director of the Jackson Hole Wildlife Film Festival.

“With TEDx and the Jackson Hole WILD Festival, we are really trying to make the first week of October the smartest week in Jackson Hole,” Samford said. “It’s meant to engage people- heart, soul and mind. TEDx is meant to inspire people to look at the world through a different lens and empower personal action. Storytelling is the connective tissue that bridges it all.”

Samford first heard about the locally organized TEDx programs from a friend who worked for TED. Jackson hosted its first event in 2011 and the theme was inspiration. Speakers came from around the globe to participate.

Each year there is a different theme for the Jackson Hole talks, like imagine, extreme or disrupt, and each year the talks usually sell out weeks in advance.

Talks cover a gamut of topics of local and national and international interest. They, like the films shown in the Jackson Hole Wildlife Film Festival, are stories that need to be told, Samford said.

“They galvanize the power of this place to inspire amazing things in both the people who live here and the people who come here,” she said. “That’s the bottom line, this place inspires brilliance and shifts of consciousness and flashes of artistic and creative insight and inspiration just by the nature of the topography.” 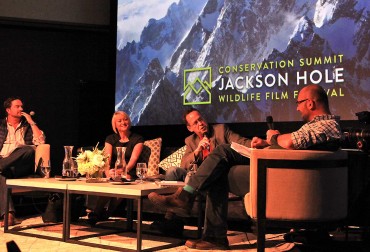 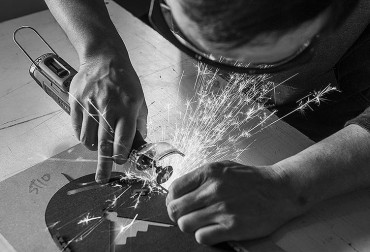