The stalwart of our rankings holds the vanguard position once again. Jackson can’t be denied, not after a banner winter that dumped 593 inches of snow, with a peak snow depth that reached 158 inches on the mountain, a record.

In addition to the fortuitous run of storms last season, the resort managed to improve on itself in a major way, opening the Sweetwater Gondola, which grabs skiers at the base, ferrying them up toward the tenderloin of Jackson’s intermediate terrain, most of which centers on the Casper Restaurant.

The new gondola greatly relieves what could be a pressure point on busy days in Jackson, when lines for the Tram and the Bridger Gondola could grow to the point of looking rather onerous. The new lift has absolved these troubles, and it keeps many skiers who prefer mellower blue runs off of Sundance, a trickier blue run that was previously the most popular route for those debarking from the top of Bridger Gondola to get to the Casper area.

The resort plans to build more infrastructure around the new gondola, including new installations for ski school and beginners further up the mountain, at the gondola’s mid-station, which will free beginners from being tethered to the absolute bottom of the resort. Those facilities will open during the winter of 2018-2019.

As great as all this building and self-improvement has been, along with the bumper crop of storms, the resorts still retains its most valuable asset: its steep countenance of terrain, etched into the Tetons in a way that exhorts skiers to point their skis down, and to be quick about it.

Jackson is a place that, more than any other in the United States, lets skiers barrel down the mountain without a care of running out of room. By the time a skier has reached the bottom of Jackson’s 4,139 feet of eminently continuous vertical, she is quite ready to step through the doors of one of its red tram cars, if just for a quick respite, to ride all the way to the top once again. Read the Full Article. 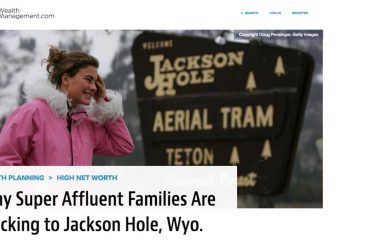 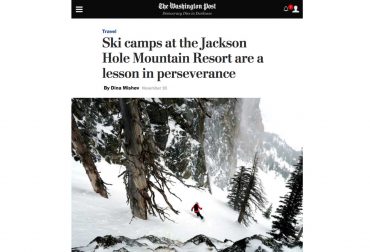 Next PostThe Washington Post: Ski camps at the Jackson Hole Mountain Resort are a lesson in perseverance