The centerpiece of the Jackson Hole watershed, the magnificent Snake River is a deeply unique fishery. Surrounded by some of the most breathtaking scenery in the American West, this waterway is a celebrated Wild & Scenic River – from its headwaters just miles away in the Teton Wilderness to its eventual merger with the mighty Columbia River.

Flanked by swaths of cottonwoods and willows, the area surrounding the river provides a rich habitat for moose, bald eagles, osprey and more. And the braided channels of the Snake, flowing as a freestone river, provide one of the most robust populations of native cutthroat trout anywhere in the West. No matter where you are on your fly fishing journey – just starting out, or have years of casting skills under your belt – the Snake is a river well worth the celebration it receives. It’s widely considered one of the best stonefly and terrestrial fisheries on the planet.

Fly fishing at the Bar-B-Bar Ranches in Jackson Hole

Mile and Half of River Access at the Bar-B-Bar Ranches
The Bar-B-Bar Ranches spans over mile and half of private river access along the Snake River dike. Homeowners can access the river from the community pathway, and then travel north or south along the river. This makes it easy to go fish for an hour before dinner, or take the better part of the day exploring the braided channels.

This quick and simple exclusive access to top-shelf trout habitat is unique; most anglers spend at least half a day in a boat to explore similar fishing spots. At Bar-B-Bar Ranches, some of the West’s most exciting and fun fishing is just a stroll away. And the trout that you’ll land are one of a kind, too!

[ Exclusive offering of Lot 8B. A 36-acre parcel located under the Teton Range is available at the Bar-B-Bar Ranches.] 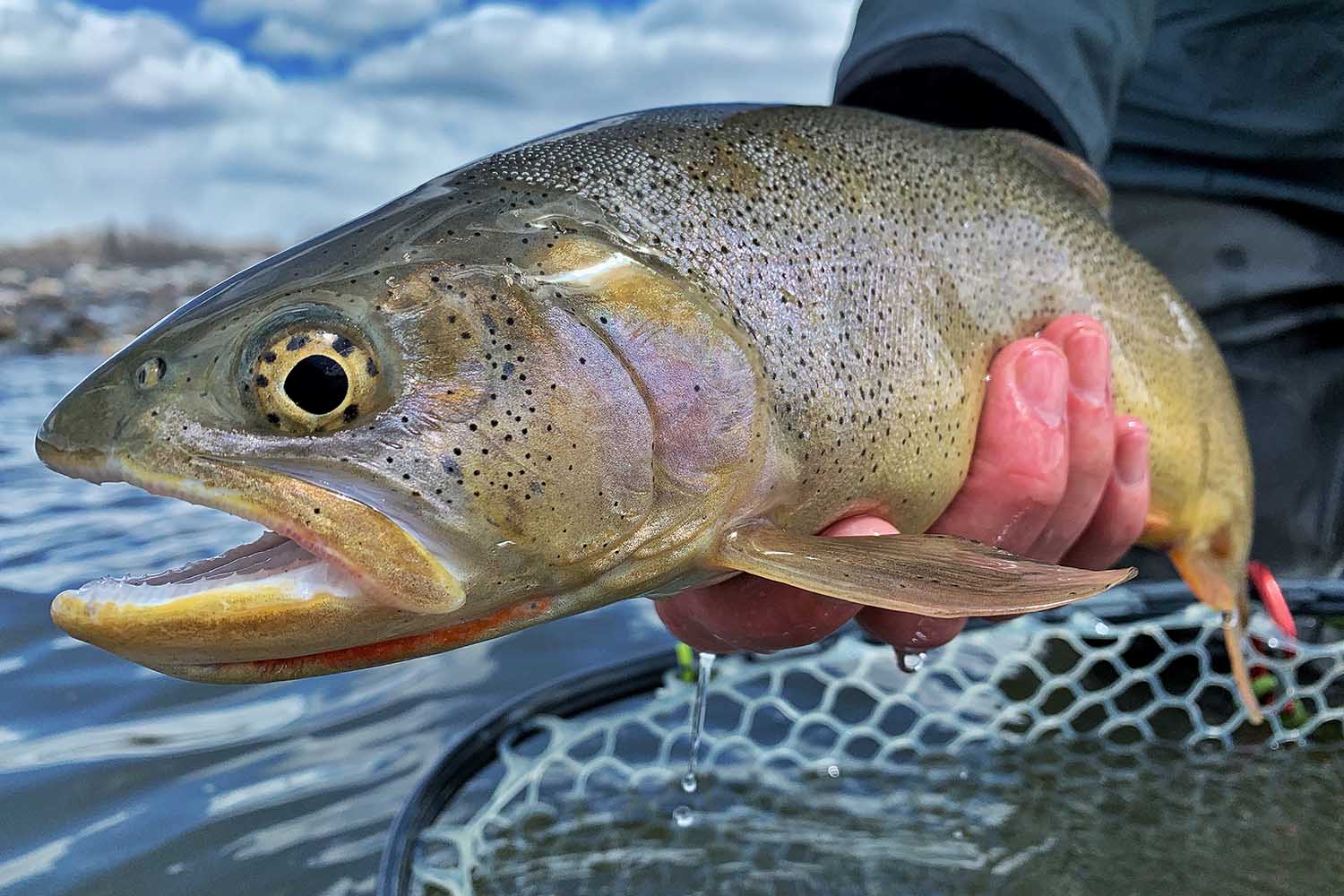 Snake River Fine-Spotted Cutthroat
Though different varieties of cutthroat trout can be found across the waterways of the Rocky Mountains, the Jackson Hole area is the exclusive home to the Snake River Fine-Spotted Cutthroat Trout. Named for the plethora of miniature black dots that are scattered along the salmonid’s back, Cuttys (as they’re colloquially known) are cousins to other regional trout, like the Yellowstone and Westslope Cutthroat. They share the bright red-orange “slash” on the lower edge of their jaw: the source of their pirate-sounding moniker. 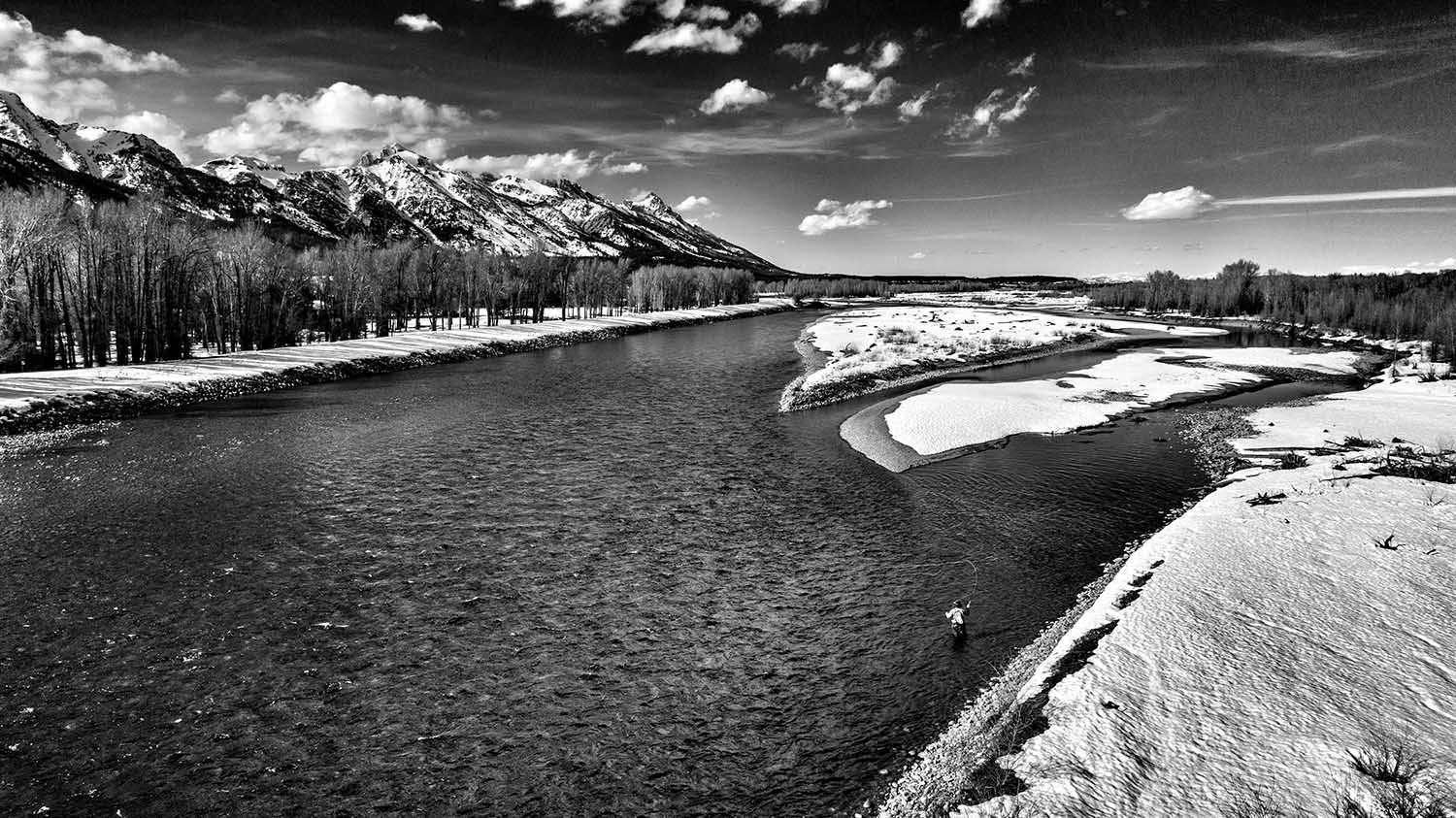 Over a mile and a half of private access to the Snake River from the Bar-B-Bar Ranches.

The dining habits of Fine-Spotted Cutthroat are one reason that they are a delightful pursuit on a fly rod. These trout largely consume vertebrates – both smaller fish, amphibians and even small mammals. This means that streamer fishing can potentially lure out some of the river’s largest and most aggressive inhabitants. But Cuttys are also known for their lack of pickiness. Unlike Rainbow or Brown trout, they’re not as painfully selective (even during a hatch!) and can often be tempted to take a bite of a juicy terrestrial pattern. In short, fishing is hardly ever “off” on the Snake – you are almost guaranteed to find a hungry Fine-Spotted Cutthroat willing to snap at a small streamer or well-presented ant.

Also unlike their Rainbow and Brown cousins, Cutthroat are less easily spooked and more forgiving of a less-than-perfect presentation or approach. They often inhabit the spaces around and under structure, keeping safe from peckish osprey and eagles spiraling above. Look for logs, overhanging willows or rugged rocks that might provide good hiding spots. Additionally, like all trout, Cutthroat don’t want to expend more energy than necessary to fill their bellies. Keep an eye out for “seams” in the water – places where quickly-moving current bumps up against stiller water. The fish will often lurk just barely into the slower water, but keep a keen eye on the swifter current that might carry food past. 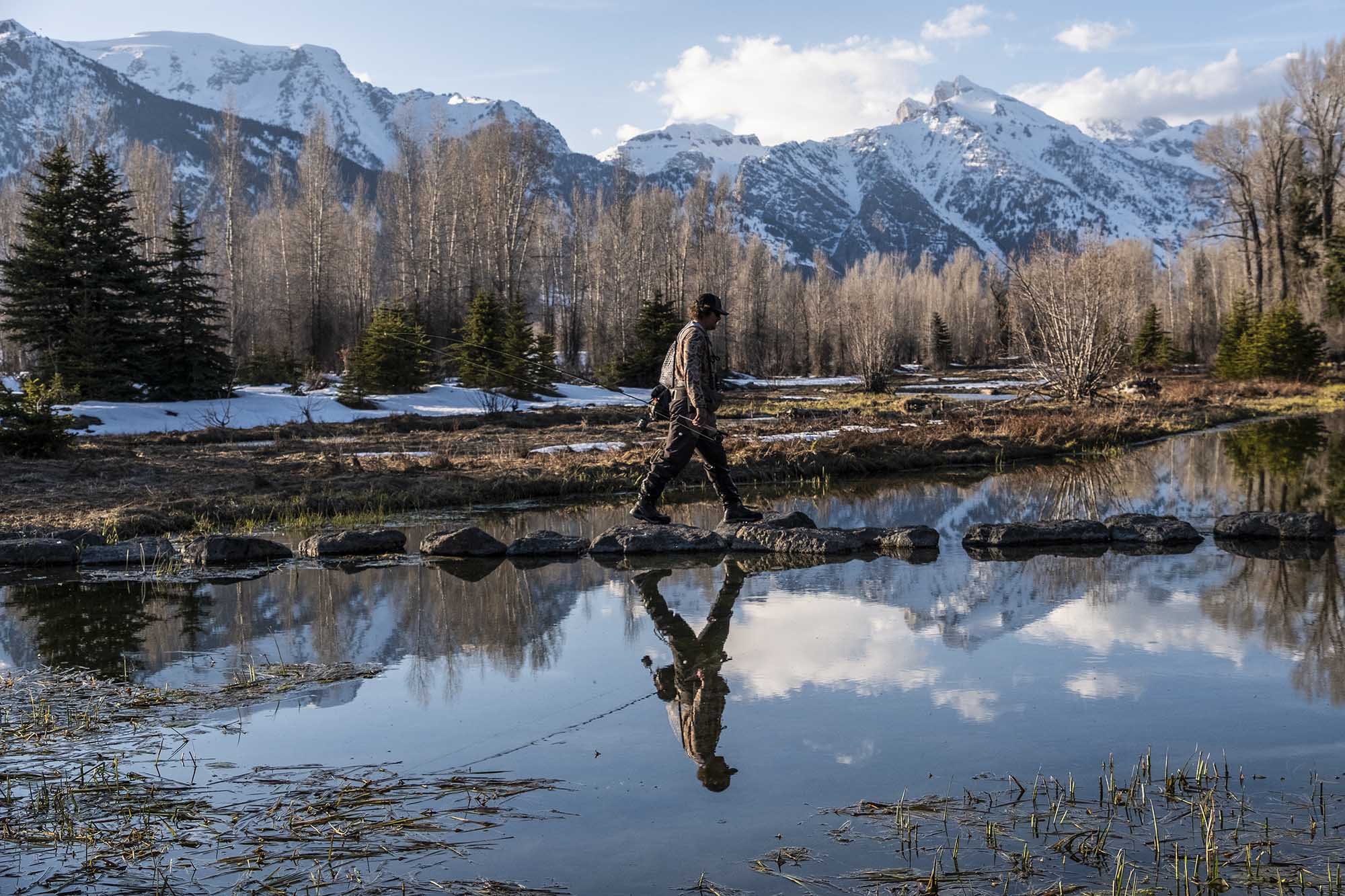 The mile and a half of pristine river that’s accessible to the homeowners of Bar-B-Bar Ranches is full of these ideal homes for Snake River Fine-Spotted Cutthroat. A short stroll through the cottonwoods that lace the valley floor below the Teton Range, and you’ll find yourself completely immersed in one of the most magnificent landscapes on earth. Leave behind the buzz and chatter of the modern world, and escape to the clear-trickling channels of the Snake.

Stay all day if you like – there are more than enough trout to keep your attention until the sun dips behind the rugged peaks above. But no need to choose between an unforgettable fishing excursion or your other plans. Pass an hour or two casting to hungry Cuttys, and easily be home for happy hour. At the Bar-B-Bar Ranches, it’s all up to you.

Visit http://www.GrandeuratBarBBar.com for more information on the exclusive 36-acre parcel available for sale. 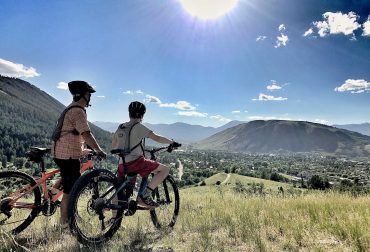 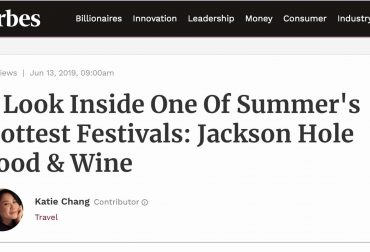 Next PostForbes - A Look Inside One Of Summer's Hottest Festivals: Jackson Hole Food & Wine