First, it was the release party for Kanye West’s album “YE” at a Jackson Hole dude ranch this spring (see article in Vogue magazine), then Rolls Royce’s new SUV, the Cullinan, named after the world’s largest diamond, rolled into town. Jackson Hole, described by tabloids as an unassuming mountain town for celebrities, has long been a destination for outdoor lifestyle brand photoshoots. The jagged peaks of The Tetons, fuzzily featured on Kanye’s album cover, are renown for epic endeavors and physical challenges, but only recently have they been associated with rap music.

With an onslaught of social media branding campaigns in 2018, Jackson’s drop dead views and wild open spaces are now being touted as a rugged launchpad for hipsters and luxury brands.

Rolls Royce brought an estimated 250 media outlets to the luxury hotel Amangani this fall to experience its first ever all terrain SUV, with a starting price tag of $325,000. “Rolls-Royce chose Jackson Hole for the launch of Cullinan because it is one of America’s best-kept secrets offering a high-end outdoor lifestyle to its wealthy residents and visitors alike,” according to a press release. The regal brand used the backdrop of Shadow Mountain to test its mettle.

“Uncertainty is the soul of adventure,” says Cory Richards, National Geographic explorer and photographer, who made a series of 2-minute videos driving the Rolls Royce Cullinan through the rugged Scottish highlands, the Arabian deserts outside of Dubai and the Colorado rockies. The goal of the media campaign, known as the Final Challenge, was “to break the vehicle and see how much it can withstand.”

As the sleek ad campaign professes: “Cullinan dominates the most dramatic landscapes…for those who know that anything is possible.”

These kind of marketing slogans are rife for Jackson’s wild landscape, even if they make the earliest settlers and conservationists who shaped the landscape itchy that their piece of paradise is being invaded. It used to be that the homesteaders and conservationists who discovered Jackson first had more cache than the nouveau riche. The lower the number on your license plate after 22 (the number for Teton County), the more prestige you had around town because many of the first settlers have been great stewards of the land. The collective consciousness about conservation in this community is one of the reasons why it is so attractive to entrepreneurs like Patagonia’s Yvon Chouinard and celebrities like Harrison Ford.

Philanthropy is another bragging right on which locals hang their hats. Jackson is the largest philanthropic community in gifts per capita, according to the Community Foundation of Jackson Hole. So while Cullinan pumped several million dollars into the local economy, perhaps to keep champagne fridge and crystal whiskey decanter in the center console in the back of the Cullinan stocked, and Kanye supported local businesses like Roadhouse Brewing Co. and Big Hole Barbeque, the lasting impact of branding Jackson Hole is up for debate. 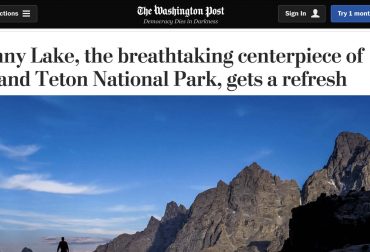 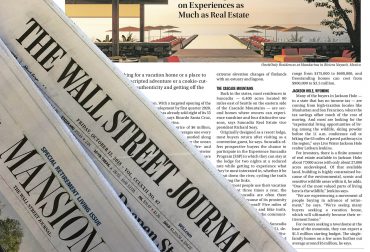