We are connected to wildlife whether we know it or not. But when we have the kind of front-row seat that Bar-B-Bar Ranches offers, it is undeniable. Almost 60% of the 780 acres in the ranches along the Snake River corridor is protected for wildlife thanks to an innovative nonprofit conservation organization that stewards some of the most treasured landscapes in northwest Wyoming. As you can see in this video, shot on a 36-acre parcel in Bar-B-Bar, it is home to a herd of elk that calve here in the spring, spend the summer in the cottonwood galleries and open meadows, and mate here in the fall in a fascinating phenomenon known as the rut.

“Co-existing with such iconic wildlife is why I cherish living in this special place,” says Latham Jenkins, the Live Water Properties broker who captured this video to showcase one of the last vacant parcels of land at Bar-B-Bar. “Fishing and watching the elk rut are my favorite things to do in the fall. The bird’s-eye view here is what makes this property so special.”

Thanks in part to the National Elk Refuge, just south of Bar-B-Bar, Jackson Hole has one of the largest elk herds on earth. The cows (female elk) migrate in harems along the Snake River corridor as daylight fades in the fall, triggering testosterone levels to rise in the bulls (male elk). Bulls don’t get much sleep as they keep watchful eyes on their harems and wait for cows to come into estrus. Sometimes they expose their mating rituals to people fishing and floating down the river, but often they retreat to the woods or more private meadows like those in Bar-B-Bar. 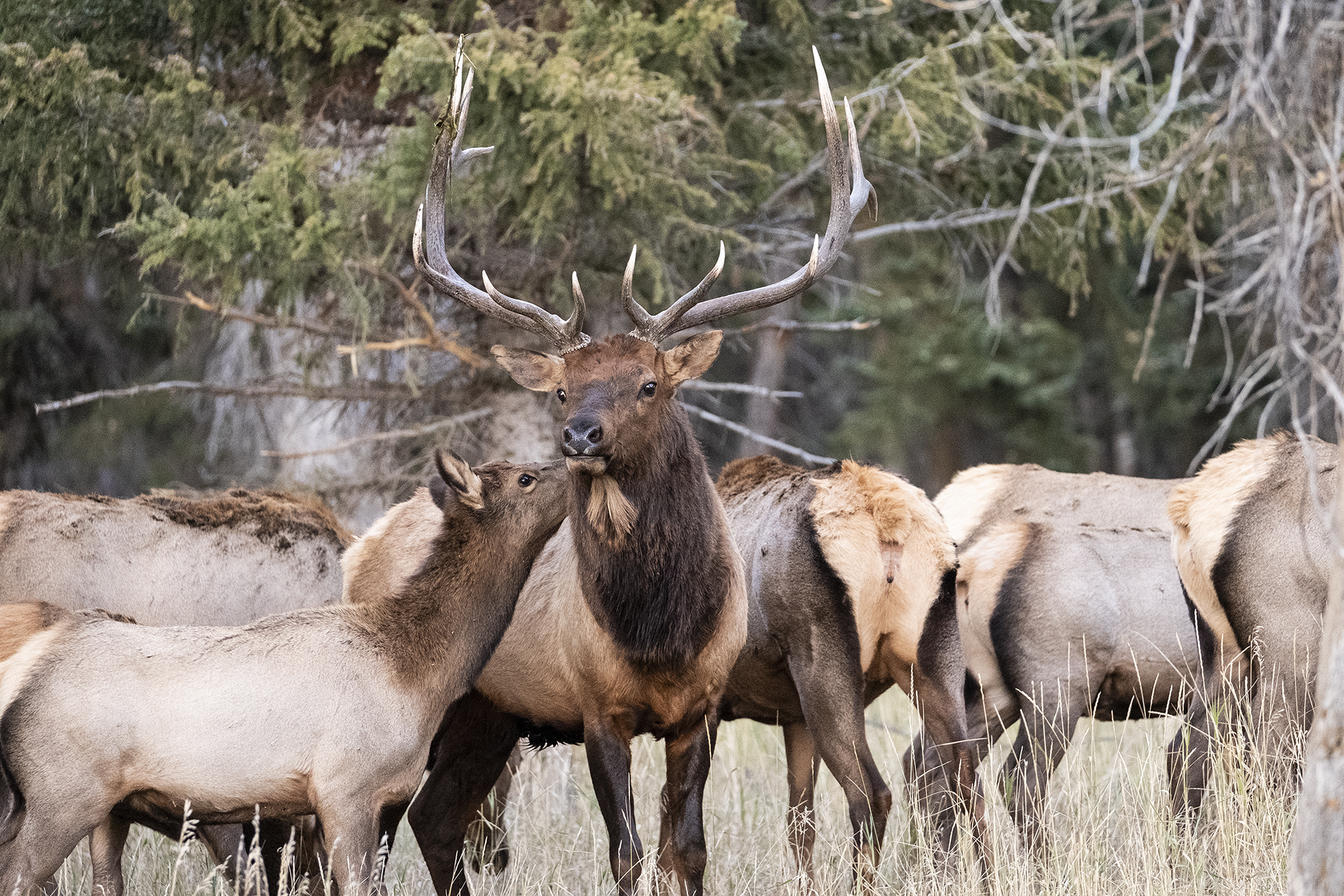 The few homes on the ranches have a unique window into elk behavior because the Jackson Hole Land Trust has created a safe haven here from heavy development and hunters. They did this because the land at Bar-B-Bar is part of the most important riparian zone in the Greater Yellowstone Ecosystem, according to Derek Ellis, a wildlife biologist with the land trust. “The Snake River corridor is the major ecological feature that connects the heart of the Yellowstone Ecosystem to the surrounding wildlands of Wyoming, Idaho, and beyond,” Ellis says. “Through the tool of the conservation easement, the Jackson Hole Land Trust partners with private landowners to restrict development to provide for wildlife habitat, migration, and survival.”

Many people call Jackson Hole the American Serengeti because of its wildlife and wildlands, and organizations like the land trust aim to keep it that way. Bald eagles, hawks, osprey, neotropical songbirds, and trumpeter swans circle above the Bar-B-Bar and nest in its ponds, harmonizing with the elk. Eighty percent of the species in the riparian ecosystem can be found in this corridor, according to Ellis. This private land provides habitat that’s crucial to the survival of many species.

As tourists go back to school and work in autumn, the landscape in Jackson Hole gets browner. The first frost binds the dirt together and reminds the mother elk to stay close to their calves and each other, as the mature bulls vie with one another for dominance. This system is advantageous for cow elk, says Ellis, “because they mate with the biggest, strongest, males (thereby producing offspring that are more likely to survive), and the cows save energy going into winter because they avoid being chased around by younger solitary bulls.” Elk cows reach sexual maturity at 2½ years of age. As each cow in the harem comes into estrus, the victorious bull will mate with her.

At Bar-B-Bar, you can count the number of cows in the herd and get close enough to the bulls to see their breath. 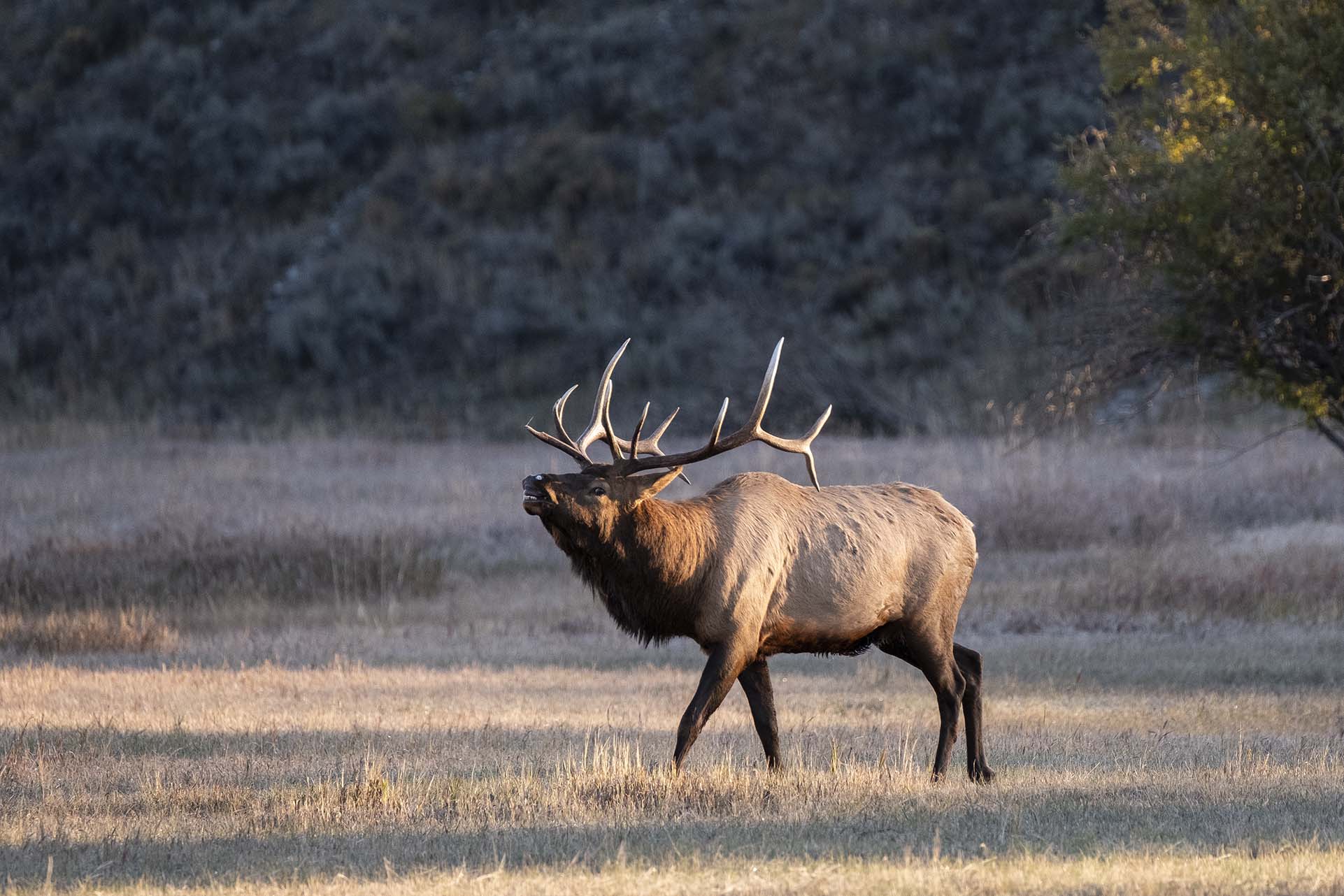 Bugling is the bull’s macho attempt to protect his herd of cows from other bulls during the rut, which begins in late August. He continues this behavior in order to mate with them through September and into early October. To us humans, the bugles create a symphony with the sounds of the breezes that rustle the bright yellow aspen leaves to the ground and the live water running through the property. Elk vocalizations also include chirps, barks, grunts and the mewing of cows to communicate with the calves in the herd.

“The elk in the video are showing classic rut behaviors,” Ellis says. “The bugling you hear serves dual purposes: The high-pitched portion carries long distances over open country, calling in cows who may be in the area and alerting competitors. The lower-pitched ending and overall volume of the bugle communicate the bull’s size to any elk in the surrounding area.” 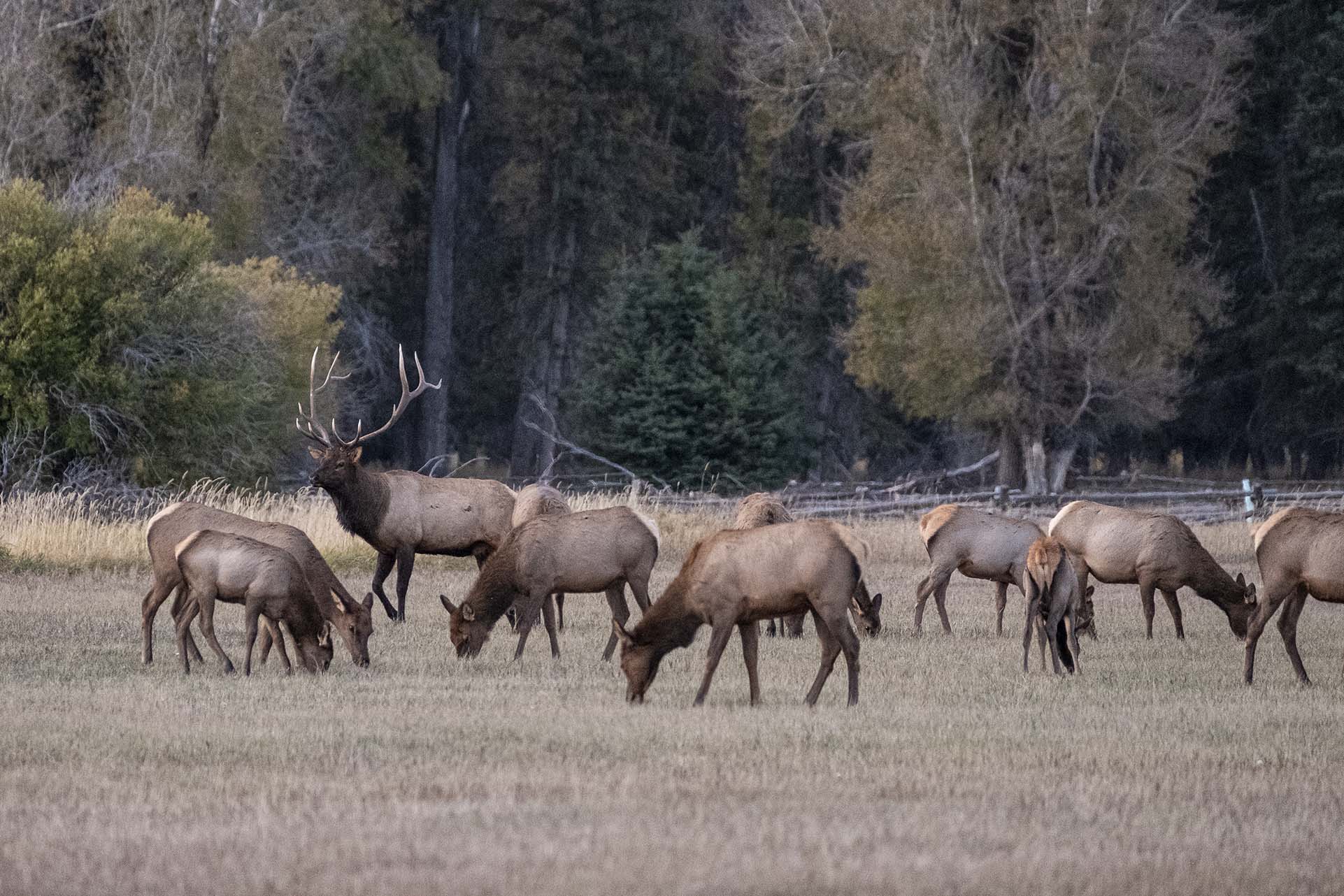 Selection of the Fittest

A mature male elk usually has a harem of around 20 cows and mates with as many of them as he can. In addition to their bugles, bulls wallow in mud and coat themselves in urine to attract cows.

Bulls reach sexual maturity and begin mating at 2 years of age, but they don’t reach dominance until they are 4 to 6. Until then they may be outcast by their jealous elders. Solo bulls who have no cows circle around harems trying to sneak in to mate with a cow or two of their own. They are often run off after locking antlers with the more dominant bull.

This kind of National Geographic showdown is not uncommon on this land. And it is all in your front yard at this postcard-perfect 36-acre ranch parcel in Bar-B-Bar, GrandeuratBarBBar.com

Learn more about the exclusive offering of this 36-acre ranch parcel 8B at the Bar-B-Bar Ranches in Jackson Hole, Wyoming 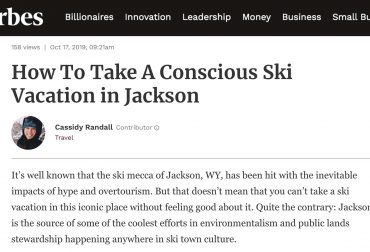 Previous PostForbes: How To Take A Conscious Ski Vacation in Jackson 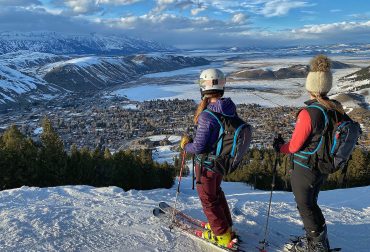 Next PostLive in a Safe Haven - Jackson Hole